Legal Challenges to Reform Pile Up: The Policy & Practice Podcast

As the year winds up, opponents of the Affordable Care Act are continuing to get their days in court.  A week ago, a judge in Virginia ruled that the individual mandate required by health reform — that is, that everyone in America should purchase health insurance — is unconstitutional.  That challenge is expected to rise to the United States Supreme Court. 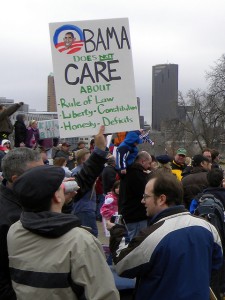 This week, we bring you news about a challenge brought by attorneys general in 20 states and heard in a Florida court. There, the goal is to knock off the individual mandate as well, but the opponents also say that the health reform law’s large-scale expansion of Medicaid is unconstitutional.

Meanwhile, on Capitol Hill, everyone is waiting to see which foes of health reform will be given prominent positions in the House when the new Congress returns in January. In this week’s edition, we report on some of the Republicans who have been chosen to lead the newly reconstituted House Energy and Commerce Committee.