If the National Cancer Institute (NCI) is able to pull it off, the landscape for cancer research and clinical trials will be vastly different by 2014.

A year ago, the Institute of Medicine (IOM) at the NCI’s behest, assembled a panel of experts to look at whether there was a way to take the NCI’s  Clinical Trials Cooperative Groups system and streamline them into a more focused and nimbler enterprise.  The Cooperative Groups have existed since 1955 and are the recipients of a portion — though not the majority portion — of the NCI’s research budget. 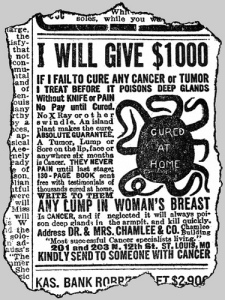 It is a loose-knit, largely volunteer federation of academic and community medical centers who share knowledge, but compete for the NCI’s grants.  The Coop Groups are considered a very influential and important place to do research. The federal government, private industry and patient advocates all make use of the power of the groups.

But the IOM pointed out in its early 2010 report that the Coop Groups have been suffering — from decreasing funding and duplicative efforts. And, disappointingly, patient recruitment is still hideously low.

Patients are the ultimate losers in this, as the most important questions may not be asked, and it is taking longer to get answers.

Often, such reports become fodder for policy wonks and just gather dust somewhere. They rarely become catalysts for fast action.  Not in this case.  Since that report was issued and the NCI subsequently gave notice that it expects to see major change in the next few years, 7 of the 10 cooperative groups have said they will assimilate into 3 new entities.

At a meeting earlier this week in Washington convened by the National Cancer Policy Forum and the American Society of Clinical Oncology to talk about the process, some of the nation’s leading oncologists were in attendance. They clearly were struggling with the idea that instead of competing with each other for money and attention, they now would be working in a much more collaborative way.

They all acknowledged the reality of the declining pot of gold at the end of the rainbow.  And there was some trepidation about what the new trial system would look like.

“I don’t think any of us in this room know if this is going to work,” said Dr. Peter C. Adamson, a leader in the Children’s Oncology Group (one of the NCI Coop Groups), and oncologist at the Children’s Hospital of Philadelphia.

But plunging ahead without knowing for sure if something will be effective seems to be the stock and trade of oncology. And, if the IOM is to be believed, the cancer research enterprise is not yet terminal, but is entering a late-stage of illness.  The time to act is now.

To read more analysis and news about the drive to retool the Cooperative Groups, you can go here and here.