I See What You Mean

From the annual meeting of the Heart Rhythm Society, Denver:

Physicians planning to attend the upcoming annual meetings of the American Academy of Family Physicians, Society of Diagnostic Medical Ultrasound, or American Public Health Association at Denver’s Colorado Convention Center should prepare the 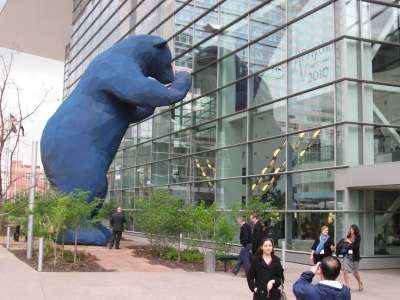 mselves for Shock and Awww when they encounter the big blue bear, a whimsical 40-foot tall sculpture peering through the glass to see what’s going on inside.

The sculpture by British-born University of Denver artist Lawrence Argent  is titled, “I See What You Mean.” Commissioned under the city’s 1%-for-public-art program, the big blue bear weighs 10,000 pounds and is composed of more than 4,000 polymer and concrete interlocking triangles over a steel frame. Argent began with a small plastic toy he scanned and converted into a digital computer file, which he then sculpted electronically.

The big blue bear has become a popular, feel-good tourist attraction. It also serves as a convenient meeting point for conventioneers who become disoriented by the conference center’s long, white, largely unmarked corridors.

A Gastroenterologist Asks, What Is Truth? 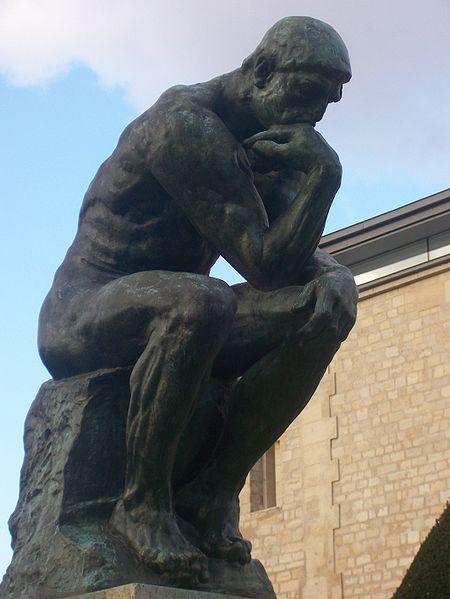 from the International Liver Congress sponsored by the European Association for the Study of the Liver, Vienna

Since the time of Socrates, philosophers have pondered the question, what is truth?

The latest insight comes from gastroenterologist Dr. Thierry Poynard, of Pierre and Marie Curie University in Paris, who has calculated that, in gastroenterology at least, truth is an entity with a half-life of 55 years.

He analyzed 474 studies on hepatitis and cirrhosis published in 1945-99. He wanted to learn how long a study’s main conclusions stood the test of time. He determined that by 2009, subsequent work had rendered 19% of the findings obsolete and 21% were proved false. By his estimate, the half-life of truth was 55 years. 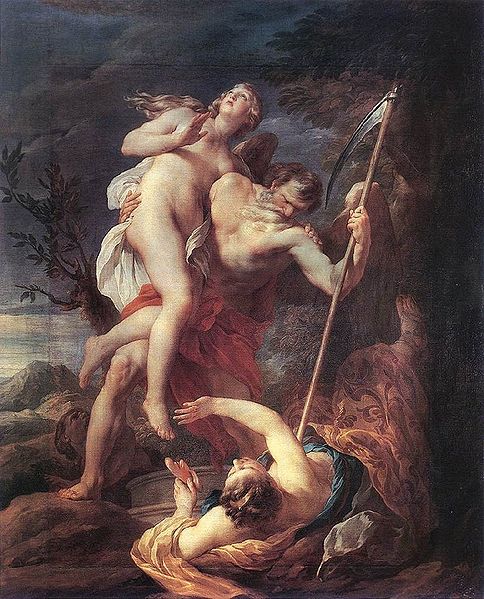 His hypothesis had been that the Hirsch Index of a study’s lead author–that is, the total number of scientific publications in which that author has been cited–would correlate with the study’s ‘truth survival.’ Nope. It didn’t matter how illustrious and extensive a researcher’s scientific output was in terms of the work’s truth survival. But studies deemed of high methodologic quality were three-fold more likely to have a long truth survival. 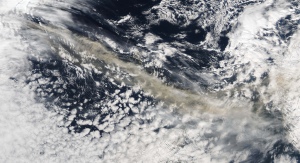 from the International Liver Congress, Vienna

This year’s conference will forever be known as “The Volcano Meeting.”

“It’s been a good congress, but unfortunately people are going to remember the volcano more than anything that was said in the sessions,” observed Dr. Peter Ferenci, professor of medicine at the Medical University of Vienna.

The wave of airport closures began on opening day of the congress. As the closures quickly spread, attendees became preoccupied with how to get home. By the final day, Sunday, many had bailed.

The European gastroenterologists had it relatively easy. Although trains throughout Europe quickly maxed out and car rental companies were stripped bare, friendly pharmaceutical companies chartered long-haul buses to get physicians back to their home countries on The Continent.

The Americans faced a dilemma: Join the vast southerly migration to Spain or Italy and attempt to catch a trans-Atlantic flight from there, or wait it out in Vienna. Most I spoke with, shaken by TV footage of large numbers of people crammed together on cots at Frankfurt Airport and even more spartan conditions at the train stations, opted to stay put in Vienna, a lovely, laid-back city of many superb museums. Doctors rescheduled patients, plugged in their laptops to get work done, enjoyed Sunday’s Vienna City Marathon, whose 33,000 entrants seemed to course everywhere through town, and waited for a change in the weather and/or the flight control bureaucracy.

But I talked to American doctors with young kids back home who felt compelled to try to get back. Their plan was to stand in line for 4-5 hours to get a one-way rental car, drive more than 1,000 miles to Madrid, and try for a flight from there. Four others were mulling over sharing a massive cab fare to Barcelona. A drug company hired a bus to take its employees to Rome, only to find Rome Airport had closed during the 7-hour ride as the ash cloud grew and shifted. 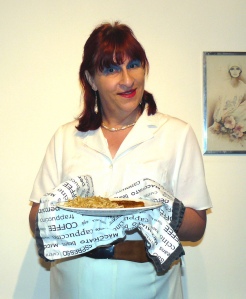 The travel grounding has required an attitude adjustment on my own part. I’m about schnitzeled out, although in Vienna it’s quite possible to eat good Italian food as well. I’d already been in Europe 2 full weeks covering three medical meetings and was looking forward to getting home Sunday. Instead I’m going to have to return to the local laundry, where my lack of German has already resulted in hilarious confusion. 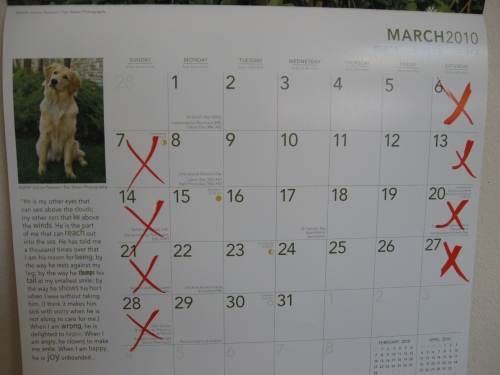 From the annual scientific session of the American College of Cardiology, Atlanta

If you’re going to have a heart attack, it remains an excellent idea to arrange it for a weekday.

The “weekend effect”–worse outcomes for myocardial infarction patients admitted on Saturday or Sunday–remains operative across the U.S. despite numerous advances in acute cardiac care in recent years, according to a large national study.

The problem, according to Dr. Abhishek Deshmukh, appears to be that fewer of these treatment advances are brought to bear urgently on weekends because of diminished staffing and, in some hospitals, restricted cardiac catheterization lab hours.

He analyzed more than 287,000 MIs included in the 2007 National Inpatient Sample database and found the in-hospital mortality rate for patients admitted on weekends was 7.6% as compared to 6.4% for weekday admissions. After adjustment for hospital characteristics and disease severity, MI patients admitted on weekends had a 23% greater risk of in-hospital death. They also had greater average lengths of stay, got fewer revascularization procedures, and waited almost half-a-day longer for them.

Nevertheless, if chest pain arises on a weekend it remains critical to seek immediate medical care. Waiting it out until Monday is a very bad idea, stressed Dr. Deshmukh, an internal medicine resident at the Medical College of Wisconsin, Milwaukee.

On Hand-Washing And Fred Zinnemann 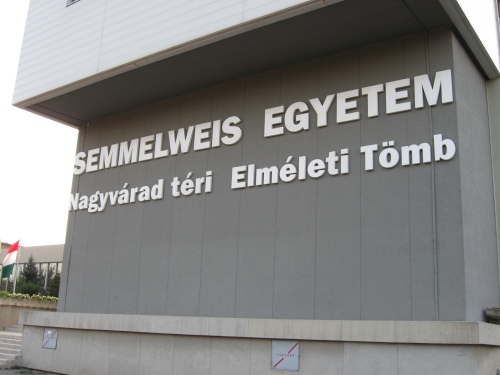 Question: What did Dr. Ignaz Semmelweis have in common with Hollywood legend Fred Zinnemann, four-time Oscar-winning director of such classics as High Noon, From Here to Eternity, and A Man for All Seasons?

They shared a common interest in Dr. Semmelweis. Indeed, Mr. Zinnemann’s first Academy Award was for That Mothers Might Live, the 1938 Best Short Film winner devoted to the Hungarian physician.

And with flu season well underway and the populace engaging in unprecedented furious hand washing in an effort to ward off illness, now seems a good time to reflect on the life of Dr. Semmelweis (1818-1865), who is often called “the savior of mothers,” but also might legitimately be known as “the father of hand washing.”

A commemorative plaque in the main medical lecture hall at Semmelweis University in Budapest tells the story: While the school’s namesake was working in the maternity clinic at Vienna General Hospital in 1847, he had the then-revolutionary insight that it was a bad practice for interns to go straight from performing autopsies to doing pelvic exams without washing their hands. He introduced mandatory hand washing with a chlorinated lime solution, and mortality from puerperal fever was drastically reduced.

This was the prebacteriologic era, however, and the Viennese medical establishment took umbrage at the notion that physicians could transmit disease via their gentlemanly hands. Dr. Semmelweis’ publications on antisepsis were greeted with reactions ranging from indifference to ridicule. He was eventually dismissed from the hospital and hounded back to his native Budapest. There, as the plaque relates, he “began writing open and increasingly angry letters to prominent European obstetricians, at times denouncing them as irresponsible murderers.”

His medical colleagues and family believed he was losing his mind, a distinct possibility given that tertiary syphilis was an occupational hazard of medical practice in public hospital maternity wards in that pre-glove era. Under the ruse of a request that he inspect a new hospital ward, Dr. Semmelweis was tricked into involuntary commitment to a Vienna mental hospital. There, he died just 14 days later, “possibly after being severely beaten by guards,” according to the university plaque.

His reputation was rehabilitated only years later, when Louis Pasteur’s germ theory of disease provided a mechanistic explanation for the striking clinical success of Dr. Semmelweis’ hand-washing program.

From the annual meeting of the Society for Vascular Surgery in Denver:

The traditional view was ED call was an obligation physicians fulfilled gratis in return for receiving hospital privileges. It was also viewed as a chance to give back to the community as well as an opportunity for younger physicians to build their practice.

In the past few years, however, a growing number of physicians–mainly younger ones–have decided that what was historically an obligation has become an imposition. It takes time away from their office practice, family, and nonmedical interests–and they want to be reimbursed.

Roughly half of U.S. hospitals now collectively pay out $1 billion per year to some specialists for ED call.  Dr. Robert P. Winter cited a 2007 American Hospital Association survey indicating 16% of hospitals provide reimbursement for some or all vascular surgery ED coverage.  The per diem for vascular surgery coverage varies wildly–in Florida, it ranges from $150 to $2,000, according to Dr. Winter, chief of staff and medical director of surgical services at Florida Hospital, Orlando.

He and his colleagues persuaded the hospital board of directors to grant payment for vascular surgery ED call in 2005. His advice to physicians elsewhere who’d like to win compensation for ED coverage: forget about the ’squeaky wheel’ approach and instead build a reasoned case based upon data highlighting the volume of ED calls received, the hours spent in caring for ED patients while on call, the payer mix, and the medicolegal liability risk. It’s very helpful to enlist the help of an experienced outside consultant, he added.

from the annual meeting of the Society for Academic Emergency Medicine:

The dirty little secret about the recently released ACC/AHA 2009 Focused Update on the Diagnosis and Management of Heart Failure is that even though the guidelines proudly trumpet an all-new section on hospitalized patients with acute heart failure, the writing committee didn’t include any emergency physicians–the people expected to actually use the guidelines.

So much for lip service regarding the importance of taking a collaborative multidisciplinary approach to the nation’s number-one reason for hospitalization in patients over age 65.

“We had no representation whatsoever,” Dr. Judd E. Hollander fumed at the SAEM meeting.

That lack of input from emergency physicians is glaringly obvious in the weak quality of the new acute heart failure portion of the guidelines (Circulation Apr. 14, 2009; 119:1,977-2,016), according to Dr. Hollander, professor and clinical research director of emergency medicine at the University of Pennsylvania, Philadelphia. He noted that 13 of the 18 Class 1 recommendations are a mere Level of Evidence C.

“So what we have here are guidelines written by people not in emergency medicine about emergency medicine who could find no evidence for anything they concluded they should do, but who actually have no experience treating the acute heart failure patient in the emergency department,” he spluttered.

The affront was duly noted in the editorial offices of the Annals of Emergency Medicine, where Dr. Hollander is a deputy editor, and Academic Emergency Medicine. Last week the editors of the two journals created a new joint policy statement that the journals will not publish guidelines or guideline summaries unless they include input from representatives of organized emergency medicine.