Health policy this week is all about the money: will physicians get their pending Medicare fee cut repealed? Will health insurers be barred from raising their rates too much in the wake of Anthem’s rate hike request? Last but not least, will President Obama make any headway at the summit he is hosting later this week in an effort to get Congress to pass a big-ticket health reform bill?

It’s all in this week’s Policy & Practice podcast. Lend us your ear and give us your comments.

While all of Washington hoped in vain that the coming snowstorms wouldn’t cause too much disruption, Congress kept itself busy indoors by examining the President’s budget proposal. Health and Human Services Secretary Kathleen Sebelius touted the proposal’s lack of Medicare physician pay cuts, and Medicare actuaries predicted that health spending would once again outpace the nation’s economic growth.

It’s all in this week’s Policy & Practice podcast. Give a listen and send us your comments.

The Hidden Conditions of Health Reform

Much of the discussion on health reform has centered around the obvious and the controversial: whether there should be a public option, if Medicare should be expanded, and what the policy on abortion coverage should be. But there are a few less visible provisions that can make a big difference in the lives of American consumers.

The first one is health insurance exchanges. This is the part of the reform plan — included in both the House and Senate bills — that would allow individuals and small businesses to pool their buying power and purchase their health coverage through an exchange set up by either the states or the federal government.

And therein lies the rub: should the exchange be federal (as required in the House bill) or state-by-state (as in the Senate bill)? That sounds like a trivial issue, but some experts are worried that if it’s left to the states to set up the exchanges, there could be a lot more problems. “State governments vary in their ability to see if rules are enforced,” John Garamendi, a former California insurance commissioner who is currently a Democratic Congressman from that state, said during a conference call sponsored by Health Care for America Now. “You can wind up with a commissioner who has no interest in protecting consumers, but is interested in protecting insurers.”

Another concern with the exchanges is that insurers are not required to use them. Instead, both the House and Senate bills allow some insurers to sell policies outside the exchange, where regulations will be much weaker. “The Senate bill, I believe, leaves the door open for  insurers who decide to stay completely out of the exchange to set up plans that are configured to attract the best risks away from the exchange, and leave the exchange with more expensive, high-risk groups,” Timothy Jost, the Robert L. Willett Family professor of law at Washington and Lee University, said at a briefing sponsored by the Alliance for Health Reform.

Some Wall Street analysts who follow health insurers expect them to make much use of the outside-the-exchange option. “I’d argue that [health] plans will have a large focus on plans sold outside the exchange,” Carl McDonald of Oppenheimer & Co. said during a conference call sponsored by Atlantic Information Services. He noted that in Massachusetts, which already has a health exchange, “the vast number of people that have bought insurance through the exchange have been the people receiving subsidies; if they weren’t receiving subsidies, the majority continued to buy in the market outside the exchange.”

Then there are the rules governing wellness programs — the programs designed to give employees monetary incentives for trying to lose weight or lower their blood pressure. The Senate bill allows for employers to give discounts of up to 30% on health insurance premiums based not just on whether employees participate in the programs, but on how well they do at meeting weight or other health goals set by the employer.

For example, an employer could set this year’s health insurance premium $1,000 higher than last year’s, and then tell employees that they’ll knock $500 if they meet the weight goal and another $500 if they meet the cholesterol goal. But employees who do not meet the goals will have to pay the higher premium, unless they can prove there is a medical reason why the goals are unattainable for them.

Finally, there is the overall cost issue. Health care attorney Miles Zaremski noted in an interview that although they may not be allowed to discriminate against people with pre-existing health conditions, “the insurance companies are having no checks on what they can charge,” meaning that they are likely to raise premiums for everyone. “It’s symptomatic of the lack of a gatekeeper on insurance companies.” And because there is no public option to help hold premiums down, “this ‘Cadillac tax’ on higher-cost health plans that President Obama favors will hit the average worker when the bill goes into effect,” Mr. Zaremski said.

These aspects of health reform aren’t getting much notice now. But after health reform passes, we may be hearing a lot more about them.

After much debate and an attempted derailment, the Senate finally manages to pass its version of a health reform bill — early on Christmas Eve — before dashing home for the holidays. Next stop: the House-Senate conference committee, where major differences over abortion and a public option still wait to be ironed out. Physician groups express cautious optimism that at least something is being done.

All this awaits you in the Policy & Practice podcast. Give a listen and tell us your thoughts; we’ll be back with another podcast on Jan. 11th.

The health reform battle slogged on last week, with new proposals emerging to break the stalemate: allowing reimportation of drugs from other countries, and ditching the public option in favor of expanding Medicare to include people aged 55-64. Meanwhile, physicians were left wondering whether Congress was going to act to stave off an impending 21% cut in Medicare reimbursement for doctors.

It’s all in the Policy & Practice podcast. Give a listen and let us know what you think.

Not All Turkey and Football: The Policy & Practice Podcast 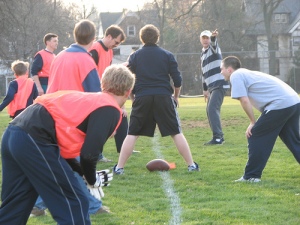 The Senate cleared a big hurdle last week when it voted 60-39 to bring its health reform bill to the floor for debate. Now the horse race begins as senators jockey with Majority Leader Harry Reid for the provisions they would like to see changed or added. In the meantime, physicians are waiting to see whether the Medicare fee fix approved by the House last week will be taken up by the Senate after the Thanksgiving break.

It’s all in the Policy & Practice Podcast. Give a listen and let us know what you think. 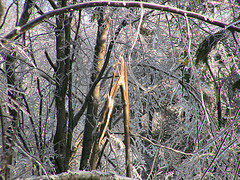 The House approves a health care reform bill, but Democrats splinter over an abortion provision. The bill receives support from the American Medical Association, but some surgeons’ groups beg to differ. And physicians of all specialties await a Congressional fix to the Medicare SGR formula.

It’s all in this week’s Policy & Practice podcast. Take a listen and let us know what you think.