Talking To Teens, Even When They Ignore You

Teenage patient issues can be a dermatologist’s nightmare: unrealistic expectations, poor compliance, and little or no patience for anything less than instant gratification—yesterday. 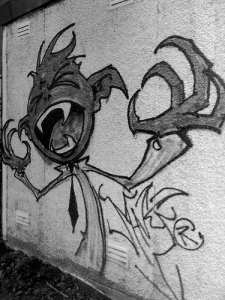 But few aspects of medicine are more satisfying than breaking through the barrier with a teen patient, according to Dr. Hilary Baldwin, vice chair and associate professor of dermatology at the State University of New York in Brooklyn, N.Y.

At this year’s Orlando Dermatology Aesthetic and Clinical Conference, Dr. Baldwin shared some anecdotes and tips for talking to teens.

–Keep at it. Just because a teen isn’t looking at you doesn’t mean they aren’t listening. Even if that 14-year-old boy seems more interested in the mechanism of his chair than in what you are saying, keep talking.

–Minimize distractions. That chair may be interesting, but it is no iPod. Dr. Baldwin said she insists that her teen patients refrain from wearing hats, sunglasses, or earphones, and desist from texting, chewing gum, or sprawling on the exam table.

–Talk to the teen, not to the parent. Give teens the option to have their parents in the exam room, but if a parent is present be sure to keep talking to the teen, said Dr. Baldwin. But friends definitely stay in the waiting room, and (ideally) so do siblings, she said.

–Give teens some control. Dr. Baldwin advised letting teens make decisions about factors such as the vehicle of a skin care product (cream or gel, etc.) to improve compliance. And make sure teens know that you aren’t forcing a treatment on them. Instead, try suggesting “I will be here to help when you are ready.”

–Other tips to boost teen compliance: Avoid morning use products if possible, and be liberal in giving sample-sized products so they can be carried in every backpack, purse, or coat pocket. Dr. Baldwin also recommends taping a tube of skin product to the  computer monitor at home to improve compliance.

﻿﻿In the 16 years that I’ve been covering the thrice-yearly meetings of the Centers for Disease Control and Prevention’s Advisory Committee on Immunization Practices, I can’t recall a vaccine recommendation vote as close as the one last week on the meningococcal vaccine. The vote to add a booster dose for 16-year-olds passed by just 6 to 5, with 3 panel members abstaining.

In 2007, ACIP recommended the then-newly licensed conjugate meningococcal vaccine for all 11-12 year-olds. That age was chosen because other vaccines are also given then, as part of the so-called “adolescent platform.” The peak period of risk from Neisseria meningitidis is actually between the ages of 16 and 21 years and is particularly high for college freshman living in dorms, where the disease is easily spread. But, at the time of the recommendation, it was assumed that protection would last at least 10 years.

It has now become clear that immunity from the vaccine begins to wane after just 5 years. So, ACIP was obliged to revisit the issue. The panel was presented with three choices devised by a working group: Keep the 11-12 year status quo, move the vaccine out of the established adolescent visit to mid-adolescence, or keep it in place and add another dose later. The third choice won out, but barely.

Those who opposed cited cost — about $90/dose — as a primary reason. “I’m worried that we don’t have data that would support cost-effectiveness of a two-dose regimen,” said panel member Lance Chilton, one of the dissenters.

He told me he would have preferred moving the vaccine to mid-adolescence, without changing the 11-12 year visit for other vaccines. “Adding another platform is probably a good idea,” said Dr. Chilton, of the University of New Mexico, Albuquerque.

ACIP chair Dr. Carol Baker, who voted with the slight majority, said that the meningococcal vaccine decision illustrates the complexity of many of the decisions this committee faces. “Good people had varying opinions … one of the things the ACIP is charged to do is to grapple with these difficult decisions,” said Dr. Baker of Baylor College of Medicine, Houston.

I asked her about the role of vaccine cost in the decision. Her reply: “Things are not getting less expensive and that includes our new vaccines. It costs a lot of money to bring products to the market that will provide good health for our children, adolescents, and adults, and there are value judgments there. But, vaccines are one of the least expensive preventive health services we provide in this country.”