Dr. Paul A. Offit‘s new book documents the history of his detractors.  The pediatric infectious disease specialist and vaccine researcher is a vocal vaccine advocate who has become a target for people who believe that vaccines cause autism and other ills in children. His new book, “Deadly Choices: How the Anti-Vaccine Movement Threatens us All,” follows his 2008 book, “Autism’s False Prophets: Bad Science, Risky Medicine, and the Search for a Cure” which focused specifically on the autism accusation.

The new book takes a broader historical view of the anti-vaccine movement, going back to the mid-1800’s in England, when some people actually expressed the fear that the bovine-derived smallpox vaccine would turn their children into cows. “If you look at the messaging and the style of those campaigns, it’s almost identical to today,” Dr. Offit told me in an interview, noting that he hopes the book will put the current anti-vaccine movement into perspective for physicians as well as lay readers. 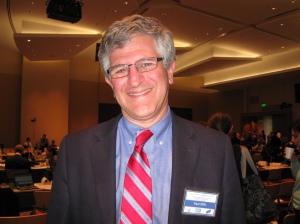 According to the book, America’s modern-day anti-vaccine movement began on April 19, 1982, with the airing of “DPT: Vaccine Roulette,” a one-hour documentary on Washington, D.C.’s local NBC affiliate WRC-TV. It described children with a variety of mental and physical disabilities that their parents blamed on the diphtheria-tetanus-pertussis vaccine. The book also discusses today’s anti-vaccine crusaders, including celebrities such as Jenny McCarthy, Jim Carrey, and Bill Maher.

The book is intended to sound an alarm.“The problem with choosing not to vaccinate is not theoretical any more. I think we’re past the tipping point. We’ve had outbreaks of whooping cough, measles, and mumps and even bacterial meningitis that are preventable, because people are choosing not to vaccinate. They’re so scared that they’re more frightened of the vaccine than of the disease…I just think someone has to stand up for these children who are suffering and being hospitalized and dying,” he told me.

Dr. Offit is often attacked on the Internet by people who oppose vaccines, and once received a death threat by email. In June 2006, I was among the attendees at a meeting of the Centers for Disease Control and Prevention’s Advisory Committee on Immunization Practices who had to navigate through a crowd of anti-vaccine protestors lining the sidewalk leading to the CDC’s main Atlanta campus. One protestor held a sign labeling Dr. Offit a terrorist. Another yelled at him through a megaphone, calling him the devil.

I asked if he’s worried about a similar reaction to the new book. “I don’t think it will evoke any more anger than I’ve already evoked,” he replied.