Some doctors play music in the waiting room to help patients relax, others tune in during surgery to help them focus. 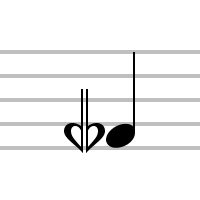 And a new study presented at the annual meeting of the American College of Gastroenterology showed that endoscopists who listened to music while performing screening colonoscopies found significantly more adenomatous polyps than those who did the job in silence.

And not just any music:  Mozart.

Dr. Catherine O’Shea and Dr. David Wolf of the University of Texas Health Sciences Center in Houston randomized two endoscopists with similar skill and experience to perform screening colonoscopies while listening to a selection of music by Mozart and then perform the same number of procedures without music. One was blinded to the outcome and one was unblinded. A total of 118 procedures were reviewed.

A large body of research shows that detecting and removing colon polyps significantly reduces the risk of death from colon cancer, the researchers said. Therefore, adenoma detection rate is an important quality indicator for colonoscopy. “Anything we can do to get those rates up has the potential to save lives,” Dr. O’Shea said in a statement.

The study was limited by the use of only music by Mozart. Who knows what the polyp detection rate would be with Guns N’ Roses? Or a selection of show tunes? Further research is needed.

A New View on Colonoscopy?

Tired of traditional colonoscopy? How’s this for a new view: Use a capsule that goes in the “back end” to take pictures of the colon.  A team of Japanese researchers has developed a self-propelling capsule endoscope that is designed to start in the rectum and then swim up the colon, taking pictures as it goes. 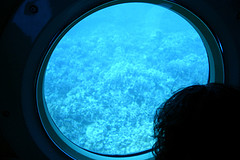 Dr. Takanori Kuramoto of Osaka Medical College in Osaka, Japan, and his team developed the capsule, tested it in a dog model, and presented results of the first human test at the annual Digestive Disease Week in Chicago.

The capsule camera moved smoothly through the colon, showed clear images, and was easily and safely removed from the anus, according to a press release. The (lucky?) human volunteer was awake during the process, which involved injecting 500 ml of water and inserting the 12 mm x 65 mm-capsule into the anus. The capsule was “driven” through the colon by doctors using remote control—the capsule features a small magnetic fin– and it was propelled using a magnetic field.

Sounds like something out of science fiction, but this is real science, and it is probably headed in your direction (or the reverse direction).

“I think capsule endoscopy is going to be big in the future,” said Dr. Jerome Waye of Mount Sinai School of Medicine, New York, who moderated the press conference at which the study was presented. In general, capsule technology is becoming more accepted, Dr. Waye said. Capsules that deliver medications, as well as those that take pictures, will one day become commonplace, he said.

Stay tuned. Remember when those communicators on Star Trek looked futuristic? I bet you have one in your purse or pocket right now.

Given an ultimatum—you will eat a hamburger—kids will often rebel.

At the annual Digestive Disease Week, researchers have found the same principle applies to patients when it’s time for a colorectal cancer screening.

Dr. John Inadomi, of the University of California, San Francisco, conducted the fascinating study, which randomized 1,000 patients to one of three screening recommendations: fecal occult blood test, colonoscopy, or their choice between the two.

Significantly more patients who were offered FOBT actually got the test (67%), compared to those offered colonoscopy (38%). Not surprising, given the trepidation with which most first-timers view colonoscopy.

But when given the choice between the two, almost 71% followed through with a screening, significantly more than in either of groups where one specific screening was recommended.

The study didn’t discuss the relative merits of either test, or which patients might benefit more from colonoscopy than FOBT. But it does speak volumes to the importance of allowing patients to be partners in their health care, rather than counting on unquestioning obedience to physician dictum.

The study looked at other aspects of patient empowerment as well. The population reflected the diverse San Francisco community where it was performed: 30% Latino, 30% Asian, 18% black, and 15% white. Most research finds that minority and inner city populations tend to have poor health care utilization. But in this study, the investigators tried to maximize screening adherence by removing as many barriers as possible, offering rides to screening, reducing or eliminating the cost, and giving instructions in the patient’s native language. The high overall rate of screening (67%) reflected how people embrace health care when they have the power to do so

“In a system where access is provided and language is not a barrier, we see that immigrants have the tools to access the health care system in the same way they would in their own country,” Dr. Inodami said.

Is a Picture Worth a Thousand Good Colonoscopy Preps?

Getting patients to do the proper prep for a colonoscopy remains a problem for gastroenterologists. To try to clear up the confusion, some doctors are doing what they can to create patient education materials that take health literacy into account.

One talk at this year’s Digestive Disease Week described the success of educational colonoscopy prep material aimed at a 5th or 6th grade level.

Dr. Brennan Spiegel of the West Los Angeles Veterans Aaffairs Medical Center and his colleagues developed a booklet using both text and pictures to explain the correct preparation, after conducting interviews with patients and providers to identify common barriers. The brochures include capital letters and Xs through pictures of what not to eat or drink, as well as pictures and descriptions of what “clear” fluids are.

The materials also showed a picture of the same stretch of curvy, country road on a clear, sunny day, and during a snowstorm, to illustrate why proper prep is important:  A clear colon is easier for the doctor to “drive” through.

In the study presented at the meeting, the researchers randomized 93 colonoscopy patients to receive the new material and 106 controls to receive standard prep instructions. Prep quality was rated using a tool called the Ottawa score. The average Ottawa scores were significantly higher among patients who received the new booklet, even after controlling for multiple variables.

Clinicians, are you developing any new material to improve the quality of your patients’ colonoscopy preps that takes health literacy into account? What works well in your practices?

What had been a semiquiet scuffle emerged into a loud and very public battle for supremacy between the gastroenterology/endoscopy community and the anesthesia community this week when leaders from professional societies for the specialties took pot shots at each other at a well-attended plenary session here.

For years, gastroenterologists have sedated their colonoscopy patients with a variety of opiates and benzodiazepines. But a few years ago, when it looked like propofol was a better, more cost-effective sedative, many began switching to that agent, which generally had been used only in operating rooms.  Anesthesiologists were not asked to the colonoscopy party, except in some states (like New York), where it was the custom.

Anesthesiologists were not happy about being cut out of a potentially vast new revenue stream. At least, that’s what the endoscopists claim. The anesthesia community has maintained that it’s not safe for other physicians — or nurses — who have not received specific training in airway management to be sedating patients “deeply,” which they claim propofol does.

Dr. Alexander Hannenberg, president of the American Society of Anesthesiologists, told the attendees that his group’s stance might be seen as self-serving, but that it was truly a bid for safety.  Physician offices generally aren’t regulated by state agencies and endoscopists just aren’t capable of multitasking, he said, asking how could they monitor anesthesia and the colon procedure simultaneously?

One can imagine how well that comment sat with the endoscopists.

Dr. Douglas Rex, one of the nation’s most respected colonoscopists, who conducted a review of 600,000 endoscopist-administered cases that showed no safety issues, said Dr. Hannenberg’s contentions were outright baloney.  Dr. Rex accused the ASA of having fabricated the notion of “deep sedation,” which he said the Medicare program adopted, without any scientific evidence to back the idea.

In December, Medicare issued a “clarification” that “deep sedation” should be administered, essentially, only by anesthesiologists or nurse-anesthetists. Another thorn in endoscopists’ side.

Dr. Rex also accused the ASA of having co-opted the FDA and its advisers, helping to defeat approval (read about the FDA’s recent denial here) of an automated sedation device, Sedasys, that endoscopists could use without anesthesiologists’ help. Sedasys maker Johnson & Johnson is appealing.

His conclusion was that gastroenterology, which is fragmented into four different societies, basically had been outspent and outmuscled by a better-organized, deeper-pocketed anesthesiology community.

Should medical societies be so openly warring over what appears to be primarily a turf issue? Let me know what you think.

Never underestimate the power of celebrity. Today at Digestive Disease Week, I heard a presentation that reported on the first year of activity for a Web site called sedationfacts.org. The Web site’s goal is to educate clinicians and the public by providing the latest evidence-based data on endoscopic sedation. The site is a joint effort of several organizations: American Society for Gastrointestinal Endoscopy, American Gastrointestinal Association Institute, American College of Gastroenterology, and Society of Gastroenterology Nurses and Associates, Inc.

Basically, the news is great. The site is averaging 5,000 visits per month. But Dr. Jenifer Lightdale of Children’s Hospital Boston, who presented the findings, noted that visitors to the site also include individuals who want to know about the sedation medications themselves. In particular, the Web site traffic report showed a huge spike in July 2009, the month after Michael Jackson’s death, when even my mom learned how to pronounce propofol.

Obviously, some of those visitors weren’t googling “propofol” because they were interested in endoscopic sedation, but Dr. Lightdale’s data showed that visitors to the Web site were clicking on an average of 3.3 pages per visit. So, thanks to star power, some of these chance visitors might end up learning something before they click away.

If a dramatic celebrity death ends up teaching someone something about endoscopic sedation, maybe that will make the difference between that person going for a screening colonoscopy that might identify cancer, vs. skipping the appointment because he or she is afraid of the procedure or its side effects. I heard several doctors, in presentations and in comments, note that fear remains one of the key barriers to getting patients to come in for screening colonoscopies.

Alternatively, perhaps we are due for another celebrity colonoscopy. It has been quite a while since Katie Couric showed off her colon on national TV. Harry Smith did his personal sequel to Katie’s Colon earlier this year, but maybe the public would pay more attention to someone with more sex appeal. Brad Pitt, are you listening?