A Few Pills a Day to Keep Wrinkles Away?

Unilever, the international conglomerate that makes Dove soap, Axe body spray, Lipton tea and Ben & Jerry’s ice cream, is poised to bring the world a nutraceutical that it says can activate genes that will essentially repair the damage that leads to wrinkles. 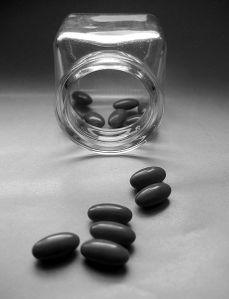 According to an extensive article in the NewScientist, the nutraceutical will be launched in October in 44 spas that Unilever co-owns in the United Kingdom, Spain, and Canada.  Unilever is not seeking regulatory approval because the capsules contain ingredients already in use, and the company will not make any health claims, according to the article.

If Unilever is hoping to ever introduce the pill in the United States — which we can safely assume it will — it will likely take the same approach. Dietary supplements don’t require formal approval from the Food and Drug Administration, unless they claim to treat or cure a condition. (For more on how FDA regulates functional foods and supplements, see its web page here.)

The vast majority of supplements push as close to the legal requirements as they can, and some skirt past them, in the hopes that the FDA won’t notice. But the agency has been noticing more often and cracking down on products that make health claims.

The Unilever pill apparently has some scientific evidence to support its mechanism of action.

The company could spend the money and time to seek formal FDA approval for wrinkle improvement — following in the footsteps of say, a Quaker Oats getting a cholesterol-lowering claim for its oatmeal. Competitors have basically ridden on Quaker’s coattails — if one oatmeal lowers cholesterol, they probably all do.

But I can’t see Allergan (which makes Botox) or Medicis (which makes Restylane) sitting idly by while Unilever mass markets an over-the-counter dietary supplement with a claim to erase wrinkles. A pill could be seen as an attractive alternative to the currently available injections, fillers, and surgical options.

And everyone’s always looking for the next best anti-aging product.

The NewScientist story caused an eruption in the blogosphere, with citations appearing everywhere from the beauty site Jezebel to the Yahoo health and beauty page, Shine. A quick Google search shows that it even ran on the Ecuador Times, which bills itself as a bilingual site for all things Ecuadorian.

The world is waiting, Unilever.

Filed under Dermatology, IMNG, The Mole